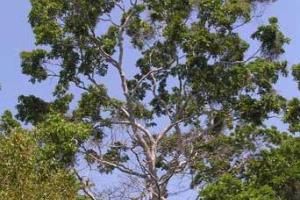 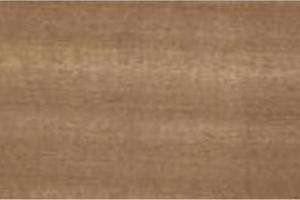 K. anthotheca is one of the seven species in the Khaya genus known as the source of true African mahogany. It is a large or very large tree (up to 65 m tall) with a straight trunk that occurs in rainforest, riparian forests, and in savannah transitional zones. The timber is highly valued, and can sometimes be sold in mixed shipments with other Khaya species. It is used in boat building, flooring, furniture, veneer, decorative work, cabinetry, window frames, plywood, and musical instruments, among others. In its natural range, it has traditionally been used to make dugout canoes, and various parts of the tree are very valuable in traditional medicinal applications.

K. anthotheca is a very commercially important timber species in West Africa and the Congo Basin. It is scattered in natural forests, and is planted in natural forest in some countries. The species is also grown on plantations in many parts of tropical Africa.

Because of habitat loss and degradation, along with selective cutting throughout its range, K. anthotheca is listed as “vulnerable” on the IUCN Red List. It has been proposed for inclusion in CITES Appendix I or II, but not enough is known about its regeneration, plantation growth, or sustainability under current practice.

Because of habitat loss and degradation, along with selective cutting throughout its range, K. anthotheca is listed as “vulnerable” on the IUCN Red List.

The U.S. is a major importer of K. anthotheca and other Khaya species.