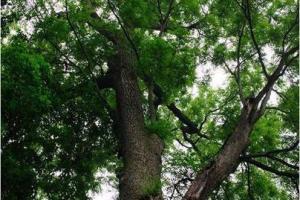 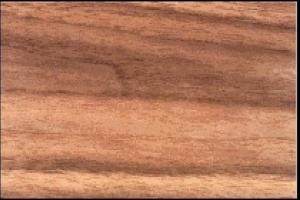 J. nigra, or black walnut, is one of the rarest and most valuable hardwood species in North America. The trees can grow to 30 or 40 m in height; under forest conditions, where the trees must compete for light, it grows a tall, straight trunk.

J. nigra grows in scattered, isolated stands in natural forests, and it has been heavily logged throughout much of its natural range in the United States (its range extends north into southern Canada). It is shade-intolerant, prefers well-drained soils, and makes up a higher proportion of stands in the western part of its range, particularly in the U.S. states of Kansas and Missouri.

Products from the tree are varied. Its seeds - black walnuts - are a popular nut, although less common than the Persian walnut because they are more difficult to extract. The shells of walnut seeds are ground for use in a variety of applications, and dyes found in the hulls of the nuts have been used for centuries in traditional woollen and handicraft applications. Black walnut timber is very highly prized for its straight, dark, heavy, strong, fine-grained heartwood, which is used to make fine furniture, valuable gunstocks, flooring, oars, and coffins. Because the species is now relatively rare in the wild, the timber is currently used for veneer as well. It is a popular export timber from the United States.

J. nigra is not a CITES species and is not evaluated by the IUCN. Because of the high value of this species, cases of tree and timber poaching and theft have been reported

Black walnut is popular in the EU and in China.