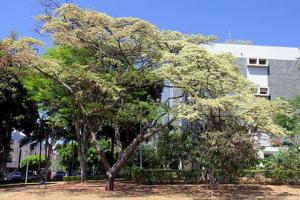 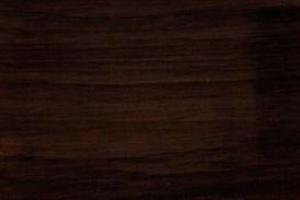 D. nigra, commonly known as Brazilian rosewood, is native to the Atlantic coast of Brazil. It is one of the most highly valued hardwoods, well-known for its durability, pest resistance, beauty, acoustic properties, and distinct rose scent. Brazilian rosewood is highly demanded for its timber for production of furniture and musical instruments, as well as for structural beams, flooring and decorative wood products. Due to its long history of exploitation, its population has been severely depleted and genetic diversity is increasingly limited. It is on the Brazilian Institute of Environment and Renewable Natural Resources’ (IBAMA) list of threatened plants and on the IUCN Red List as “vulnerable.”

D. nigra is listed on Appendix I of the Convention on International Trade of Endangered Species of Wild Fauna and Flora (CITES).

“Dalbergia nigra” at the IUCN Red List of Endangered Species
Photo of Dalbergia nigra from Mauricio Mercadante on Flickr. Used under a Creat…