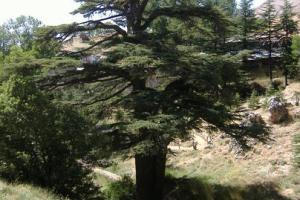 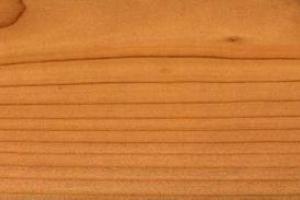 Cedrus libani, commonly called Cedar of Lebanon, is a coniferous tree native to Lebanon, Syrian Arab Republic and Turkey. It is a very important species in Lebanese national identity and appears on the country’s flag. C. libani also plays an important role in the history and literature of the region, including the Epic of Gilgamesh and Jewish and Christian religious texts. It was a highly prized species by ancient civilizations: the wood was used for shipbuilding by the Phoenicians and others, while many groups valued its fragrance for ceremonial purposes. It is thought to have been used in the mummification techniques of the ancient Egyptians, and the pitch of the tree was used to treat toothaches.

C. libani also grows in Israel and Jordan, and it is a popular ornamental species worldwide. It has a distinctive shape and, while slow-growing, can eventually reach a height of 20-40 m.

The natural range of C. libani was significantly reduced centuries ago due to extensive logging for ship building and construction, as well as by habitat loss to agricultural expansion. The species was also reduced heavily during World War I, when most of the remaining accessible stocks were used as railroad fuel. Today, the population is fairly stable, particularly in Turkey where steep slopes deter logging of the cedar forests in the Taurus Mountains. Lebanon and Turkey are also implementing projects to revitalize the population. Its IUCN Red List status is “lower risk/least concern.”

Cedrus libani is not CITES listed and at time of research, is not subject to international or national trade bans or restrictions.