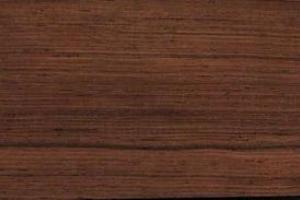 Dalbergia stevensonii, commonly known as Honduras rosewood, is a medium-sized tree found in broadleaf evergreen swamp forests of Belize, Guatemala and Mexico, typically along rivers. It is scarce. Current threats to the species include continued timber exploitation and habitat loss due to agricultural expansion, pollution, road construction, and urbanization.

Honduras rosewood is very dense and durable, and a valuable timber (as are other Dalbergia timbers). It is used for fingerboards of acoustic instruments, harp bodies and other musical instruments, sculptures, furniture, cutlery handles, brush backs, and decorative veneer.

D. stevensonii is protected from harvest by logging bans in both Mexico and Belize. It can be visually confused with Dalbergia tucurensis, a closely related species that also grows in Belize but is not protected by logging bans. The two species can be distinguished by density tests.

D. stevensonii is listed on Appendix III of the Convention on International Trade of Endangered Species of Wild Fauna and Flora (CITES), a listing that applies to logs, sawn wood and veneer sheets from Guatemala. Belize has banned felling of Honduran rosewood, most of which are within protected areas in the country. Mexico has also banned logging of the species since 1989.