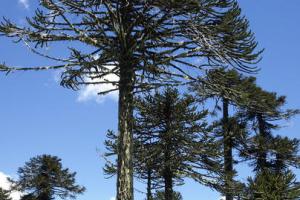 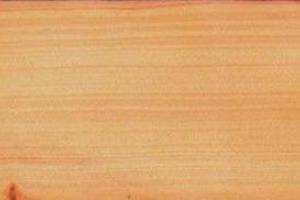 Araucaria araucana is a large conifer - it can grow to 50 meters tall and is believed to be able to live over 1000 years - native to central and southern Chile and neighboring regions of Argentina and Brazil. It is the national tree of Chile, and the entire Araucaria genus is extremely old, having survived for more than a hundred million years in more or less its current form. A. araucana’s English-language common name, monkeypuzzle tree, comes from the way its branches layer and its stiff needles. Its seeds are edible and nutritious and remain an important food source for the Pehuenche tribe of the native Mapuche.

Harvest of this species has been banned in Chile since 1976, and it is listed on Appendix I of the Convention on International Trade in Endangered Species of Wild Fauna and Flora (CITES). Export of the species is strictly limited to approved specimens to be used for non-commercial purposes. No legal supply of Araucaria araucana from natural forests exists on international markets.

A. araucana is protected from harvest by Chilean national law and is listed on Appendix I of the Convention on International Trade in Endangered Species of Wild Fauna and Flora.

N/A. Both harvest and export are prohibited.