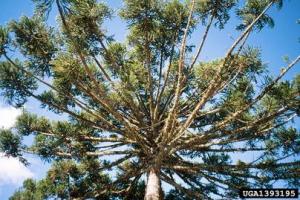 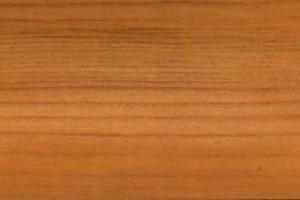 Araucaria angustifolia is a conifer species native to Brazil, Argentina, and Paraguay. Although it was once an abundant tree species in its natural range, its population has been severely depleted due to intensive logging since the early 1900s. A. angustifolia produces very high quality timber, which was especially sought after for shipbuilding. The IUCN estimates that its range has declined by 97 percent since the beginning of the twentieth century. Since 2001, Brazil has banned the export of this species. It is on the Brazilian Institute of Environment and Renewable Natural Resources’ (IBAMA) list of threatened plants and on the IUCN Red List as a “critically endangered” species.

Production of the species continues today through plantation forestry, both in its native range and in other subtropical regions. The species is capable of regenerating quickly, but much of the land that comprised its original range is now planted with other species, making large-scale restoration unlikely. The seeds of A. angustifolia are edible and were an important food source for indigenous people.

A. angustifolia is prohibited from export under Brazilian law.

N/A. Legal sources of A. angustifolia from natural forests are not available.