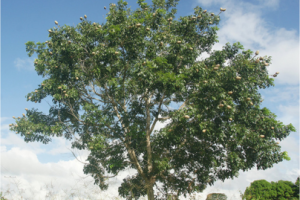 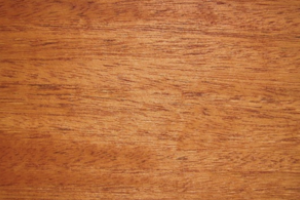 S. macrophylla, often called caoba, is a very large timber-producing tree native to large areas of the Americas. It is the national tree of both Belize and the Dominican Republic. It is the most commercially important mahogany tree and one of only three species that produces true mahogany. Mahogany timber is well-known and valuable for its straight grain, reddish-brown tone, resistance to rot, and tonal quality. It is used in fine furniture, boat construction, and musical instruments, in particular the backs, sides and necks of acoustic guitars and the shells of drums. Large-scale commercial use of the timber over many centuries has made S. macrophylla rare in its northern natural range. Its IUCN Red List status is “vulnerable.” It is grown on plantations in Southeast Asia.